During a dissolution test, each sample that is taken must be passed through a syringe filter. This step ensures that any solid, undissolved drug does not pass into the HPLC sample. It is important to test the filters used in the dissolution to ensure there is no adsorption of undissolved drug.

In our laboratories we looked at three different drugs (Griseofulvin, Megestrol & Rifaximin) and their level of adsorption on three different filter media (Whatman GD/X 0.45µm - glass, PES & nylon). Adsorption was tested by repeatedly passing a known, fixed concentration of drug in different Biorelevant Media through the filter. This post explores some examples of when adsorption occurred and on which filters it was most common. 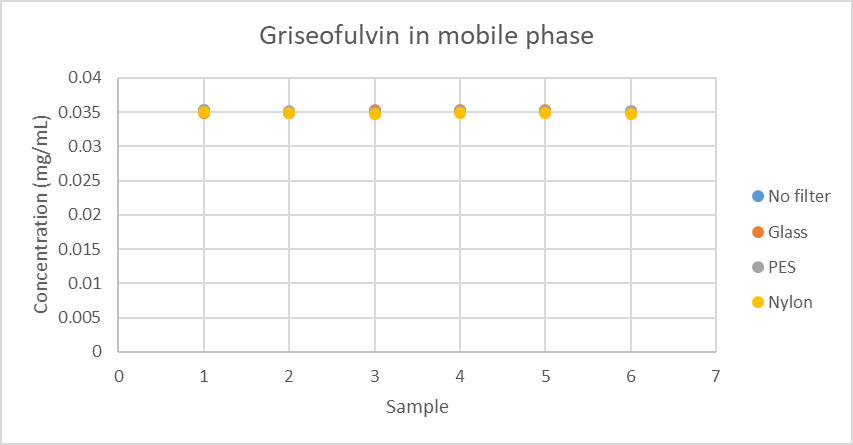 Figure 1 demonstrates an example where there is no adsorption; all the filters are immediately saturated when the first sample is taken. 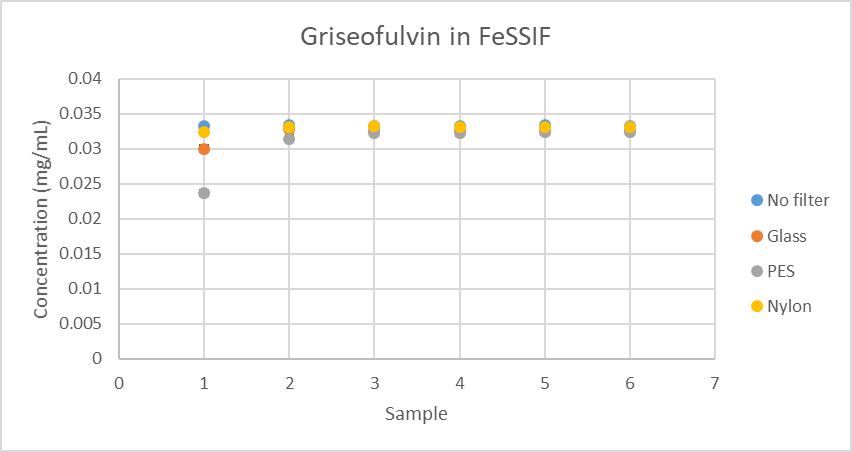 Figure 2 demonstrates adsorption occurring with the PES filter. The first sample mean is 0.024mg/mL compared to 0.033mg/mL without any filtration, which means that >25% of the sample has been adsorbed onto the filter. The filter becomes saturated by the second sample. There is also a slight degree of adsorption on the glass filter for the first sample (0.030mg/mL compared to 0.033mg/mL). 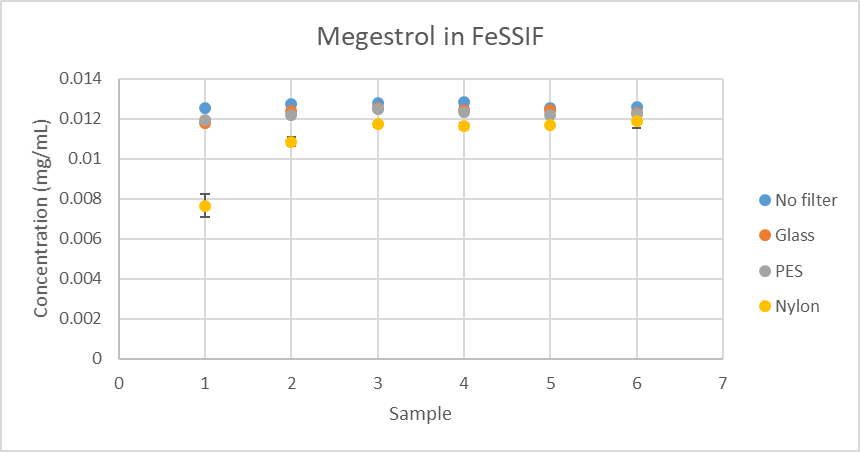 Figure 3 demonstrates high levels of adsorption of megestrol onto the nylon filter media. The first sample mean is 0.0071mg/mL compared to 0.0130mg/mL without filtration. This demonstrates that >45% of the sample is lost due to adsorption onto the filter. The filter also doesn’t become completely saturated until the 5th sample. 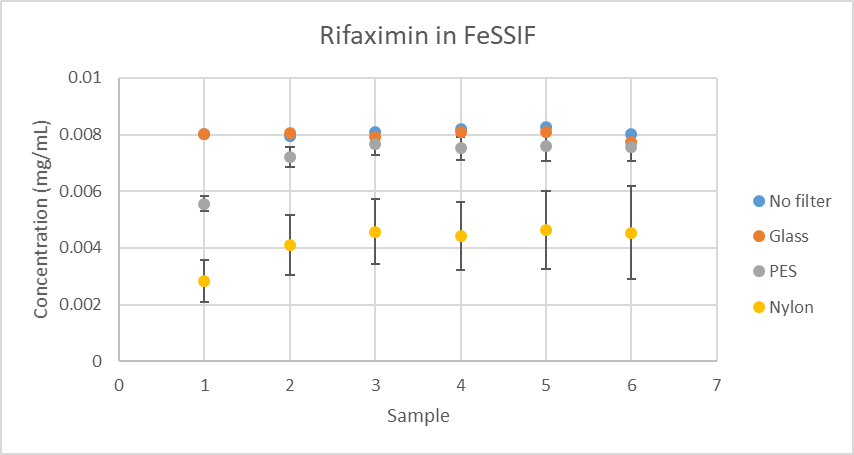 Figure 4 demonstrates the extreme adsorption of rifaxmin onto the nylon filter media when dissolved in FeSSIF. The first sample mean is 0.0028mg/mL compared to 0.0080mg/mL, and the filter never completely saturates with very high variation within samples. Rifaximin also adsorbed onto the PES filter; the first sample mean was 0.055mg/mL compared to 0.080mg/mL. For both nylon and PES there are significant levels of adsorption, but none for the glass filter media.

The results of these experiments show that in the three drugs tested (griseofulvin, megestrol and rifaximin), glass micro-fibre (GMF) was the only filter media that did not exhibit any significant adsorption of the compounds. Griseofulvin adsorbed to PES, megestrol adsorbed to nylon, and rifaximin adsorbed to both. All examples (including those not shown here) of adsorption occurred in biorelevant media and not when the drug was dissolved in mobile phase. This highlights the importance of carrying out filter validation studies specific to Biorelevant Media.

Based on our in-house lab experience, and reiterated by these results, we strongly suggest GMF syringe filters as the most compatible with Biorelevant Media. It is, however, essential to confirm this every time you are testing a new formulation. 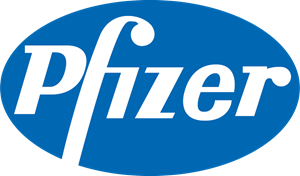